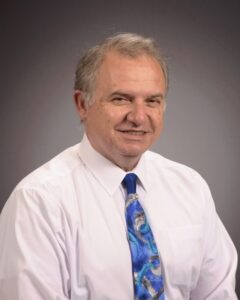 Rabbi Leonardo Bitran is one of the few leaders of the Conservative Movement whose experience includes serving synagogues across the continent, inspiring nearly a dozen of his former students to become rabbis, and mentoring rabbinical students serving Latin American congregations.

Rabbi Bitran grew up at the Sephardic Synagogue in Santiago, Chile. Influenced by his parents and religious leaders he began leading religious services on Shabbat and High Holy Days at Bar Mitzvah age.  He attended the school of Economics at the University of Chile, the Seminario Rabinico Latino Americano in Buenos Aires and The Jewish Theological Seminary of America in New York.

Rabbi Bitran served at Congregation Shaarey Zedek in Southfield, Michigan, where he led its vibrant satellite congregation, B’nai Israel, for eleven years. Most recently and for ten years he served Congregation Agudas Achim in San Antonio, Texas, enabling it to achieve excellence in Jewish education.  At Temple Beth El, Rabbi Bitran aspires to lead and inspire our Temple to be a model and center for Conservative Judaism.  Together with his colleague, Hazzan Leubitz, Rabbi Bitran is committed to building strong relationships and a caring community, dedicated to worship, study of sacred texts and the creation of a kind environment for its members.