The Richard W. Briskin Cantor-in-Residence Award was established at Temple Beth El in 1998 by Henra Briskin in memory of her husband Richard, who had a passion for both singing and Jewish liturgical mucis. The award is presented annually to an outstanding student of the H.L. Miller Cantorial School at the Jewish Theological Seminary in New York City. The Briskin program is the only one of its kind in North America to provide talented cantorial students the opportunity to participate in a weekend of congregational activities under the leadership, previously, of Hazzan Martin Leubitz.

Noah Rachels is a third-year student at the H.L. Miller Cantorial School of the Jewish Theological Seminary (JTS), where he is a recipient of the prestigious H.L. Miller Fellowship. He currently serves as cantorial intern at Congregation Ansche Chesed, and has performed professionally as a soloist, quartet member, and/or choir member at Park Avenue Synagogue, Congregation Rodeph Sholom, the Reform Temple of Forest Hills, and Sandy’s Row Synagogue (London, UK). In addition, he has been featured as a soloist in concerts presented by Harrison Friends of the Opera, Light Opera of New York, Canto de las Americas, and New York Dramatic Voices, as well as in the Maestro Pier Miranda Ferraro Concert Series. Before starting cantorial school, Noah spent several years working in nonprofit fundraising and administration, holding roles of increasing responsibility with such notable performing arts and higher education organizations as the Orchestra of St. Luke’s, Carnegie Hall, Columbia Business School, and Barnard College. Born and raised among New York’s Catskill Mountains, Noah is also a former jazz saxophonist, a retired competitive bagpiper, and a Jeopardy! champion. He currently lives in the Riverdale section of the Bronx, along with his wife Amy, toddler daughter Maya, and cat Mordechai.

Daniella Risman is in her third year of studies at the H. L. Miller Cantorial School of the Jewish Theological Seminary of America. Ms. Risman serves as the Cantorial Intern at Ansche Chesed, a Conservative synagogue in Manhattan. Before coming to JTS, Daniella split her time between singing opera and work in the nonprofit world. She holds a Bachelor of Music in Vocal Performance from Oberlin Conservatory of Music, a Bachelor of Arts in Environmental Studies from Oberlin College, and a Master of Music in Voice from San Francisco Conservatory of Music.  Daniella enjoys singing varied genres including opera, art song, chazzanut, Yiddishkeit, jazz, and liturgical music. A lyric soprano, favorite roles include the Countess in Mozart’s “Marriage of Figaro” and Micaela in Bizet’s “Carmen.” Ms. Risman was born in Israel and raised there and in California. She is an avid traveler and lover of languages, having studied seven languages and sung in still more. She enjoys delicious kitchen projects and hiking, and is the proud mother of a rambunctious toddler. 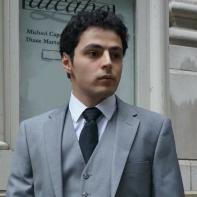 Jacob Agar will join us the weekend of March 29, 2019 for a weekend featuring a special Friday Night Live service, a discussion following Saturday services, and the annual Cantor-in-Residence concert on Sunday afternoon. 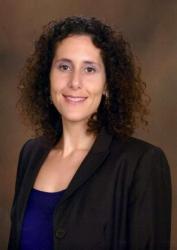 Jen studied classical voice and piano at the University of Miami.  As a fifth-year cantorial student, she is currently pursuing Masters degrees in both Sacred Music and Jewish Education from the Jewish Theological Seminary in New York City.  For the last four years, Jen has served as Hazzan for the High Holidays at Congregation Shaar HaShalom in Houston, Texas.  For the last two years she has been the student cantor of Congregation Beth El in New London, Connecticut.  Jen is delighted to serve this year as cantorial intern at Congregation Anshe Chesed in New York City.  In these roles she has conducted weekly Shabbat services and has taught children their Hebrew skills and has led youth choirs, in addition to conducting weekly Shabbat services. Known for her strong, versatile style of singing, Jen has performed in operas, musical theater, in adult choirs, and in solo work. One recent professional highlight was a performance with the Israeli Philharmonic Orchestra at Masada. 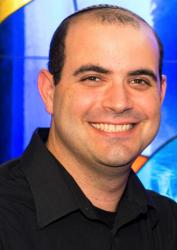 Ezring received his Bachelor of Music from Appalachian State University. He has taught music in public schools in Charlotte, NC as well as Hebrew and Judaica in various religious schools. He was one of the founding members of Rock HaRuach (now The Ruach), a band at Temple Israel in Charlotte, NC where, with his father (the Senior Rabbi) created the Rock HaShanah and Rock HaShabbat services at which the band leads the congregation. He was the songleader/music teacher as part of the original staff at Camp Zeke in Lakewood, PA and has also worked as the Mashgiach and B’nei Mitzvah tutor at Camp Ramah Darom in Clayton, GA. During his first year in Cantorial school, Gil ran the Yigdal Service, a Shabbat service for families with children in pre-k – 2nd grade, at Congregation Ansche Chesed in Manhattan. He has been the Cantor for the Young Professional High Holiday Services at Sutton Place Synagogue, also in Manhattan, for the past two years. Gil is a Jewish singer/songwriter and he and his sister make up a Jewish musical Duo, AGEz, specializing in Jewish Rock/Pop/Country music.