What is Torah Fund? 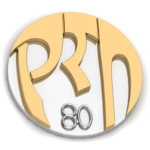 This year’s theme, Chazak v’Ematz, Be Strong and Courageous, represents 80 years of Torah Fund.  Become a Torah Fund Benefactor, and receive the thank you gift of a Torah Fund pin

The Torah Fund Campaign of the Women’s League for Conservative Judaism is a grassroots fundraising campaign dedicated to perpetuating Conservative/Masorti Judaism by supporting its seminaries.

Jewish Theological Seminary in New York City which is comprised of nearly 500 students coming from 30 states and over 10 countries.  It has over 100 full and part time faculty members and claims the honor of being the largest faculty devoted solely to Judaic studies in the Western Hemisphere.

Ziegler School of Rabbinic Studies in California is an international center of Conservative/Masorti Judaism.  The school opened in 1996 and has ordained rabbis who are in leadership positions across North America, Israel and Africa and are keeping Judaism alive, relevant and meaningful.

The Schechter Institute of Judaic Studies which embodies Rabbinic Seminary, a graduate school, and education program for Israeli children, Midreshet Yerushalayim (a study program for Israeli and immigrants in Israel) and Nev Schechter-Legacy Heritage Center for Jewish Culture in Tel Aviv.

Seminaro Rabinico Latinoamericano was founded in 1963 and is the only non-orthodox institution in Latin America which trains rabbinic students (including our own Rabbi Bitran), hazzanim, and Judaic teachers.

Newest to Torah Fund is Zacharias Frankel College in Postsdam, Germany which was conceived to train a new generation of rabbis to address the spiritual needs of European Jewry.

**The monies raised are used to provided financial assistance to students and to fund special projects to ensure Conservative/Masorti Judaism lives and thrives.

We are extremely grateful for all our Torah Fund Benefactors who have so generously continued this support of Conservative Judaism throughout the pandemic years.  For years we have consistently led our Women’s League in this endeavor and we certainly take pride in knowing we are National leaders as well.